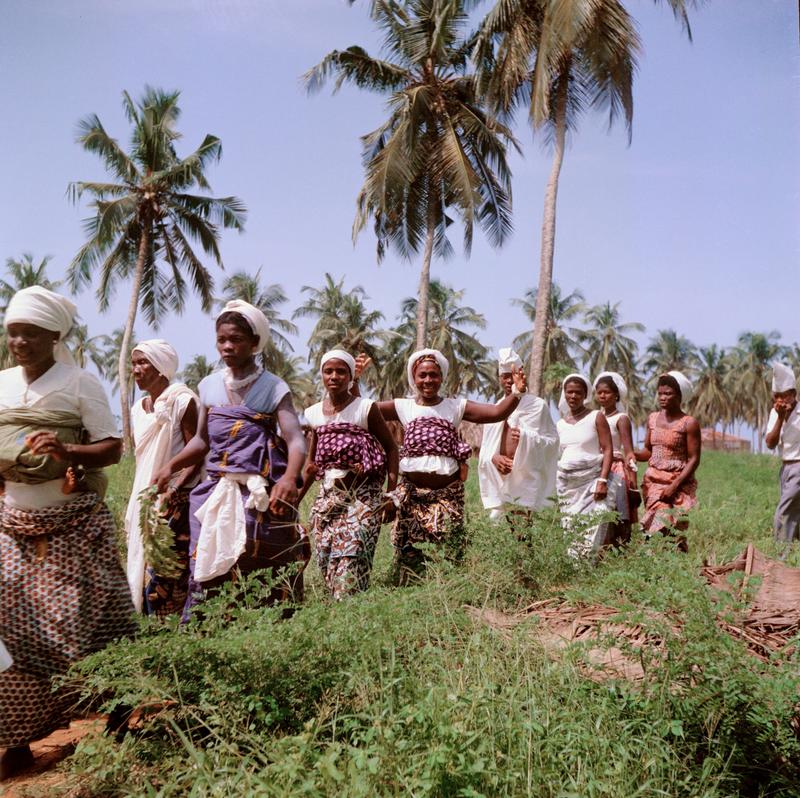 On April 27, 1958, in Lomé, Togoland, 64.9 percent of the Togolese public voted in the first universal suffrage parliamentary election, which made Togoland an autonomous republic within the French Union and secured its United Nations trusteeship. It was, according to Webb, “A day of great surprise—and rejoicing. The opposition has won a landslide victory and now Togo is virtually free. The UN mission is vindicated and aside from the few here the country is in ecstasy. . . . The cry of ablodé! (freedom) rings in the streets—people have painted their faces white. . . . I feel that I have seen history made.”