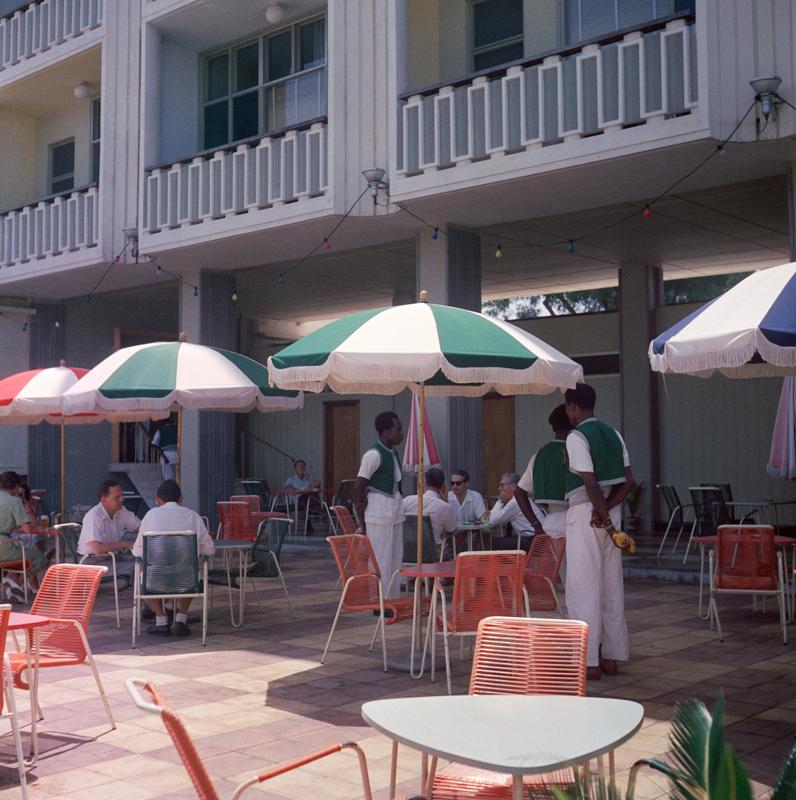 Built by the United Kingdom as a gift to honor Ghana’s independence in 1957, the Ambassador Hotel in Accra would become a gathering place for British colonials, who maintained a strong presence in the country even after independence. Although Ghana became independent on March 6, 1957, a year before this photograph was taken, Webb’s image consciously illuminates the racial inequities that still separated whites and Blacks. Shaded by the umbrellas, the all-white clientele enjoys the comfortable luxuries of the hotel, while three Ghanaian servers take their orders.