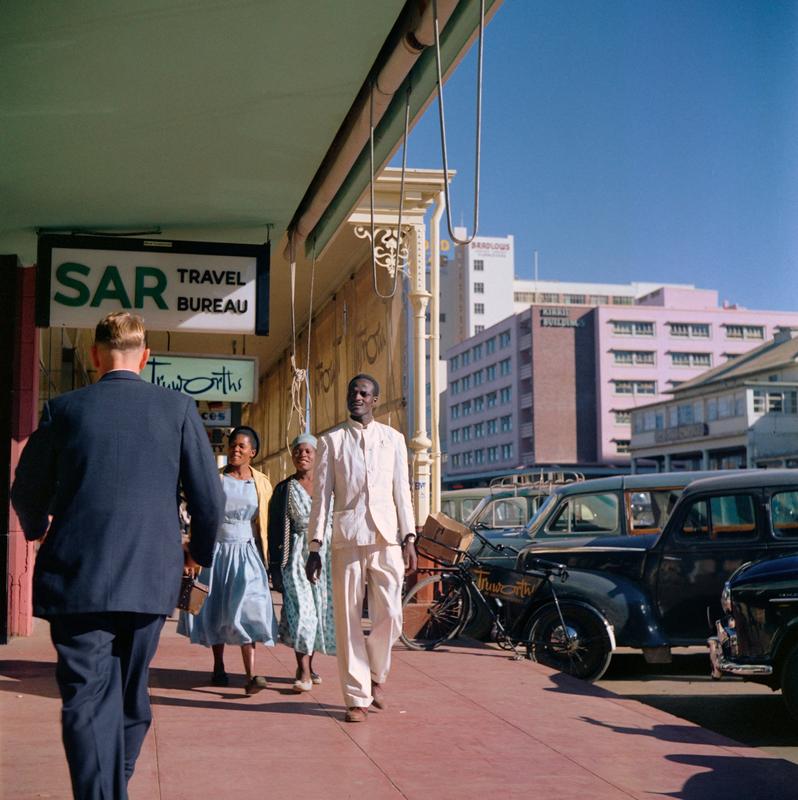 Walking toward each other on the sidewalk colonnade, the Black man in the white suit and the white man in the black suit pass by the SAR Travel Bureau, Truworths, and other shops in Bulawayo, the second largest city in what was then Southern Rhodesia (Zimbabwe). When he took this photograph, Webb might not have realized that the man in white wears a suit similar to the uniform of workers at the Palace Hotel, which served only white patrons. Racial segregation shaped Webb’s experience in the Rhodesias, as he stated in a letter to his wife, Lucille: “the race thing spoils everything for me. And still it is ten times better here than in S[outh] A[frica].”