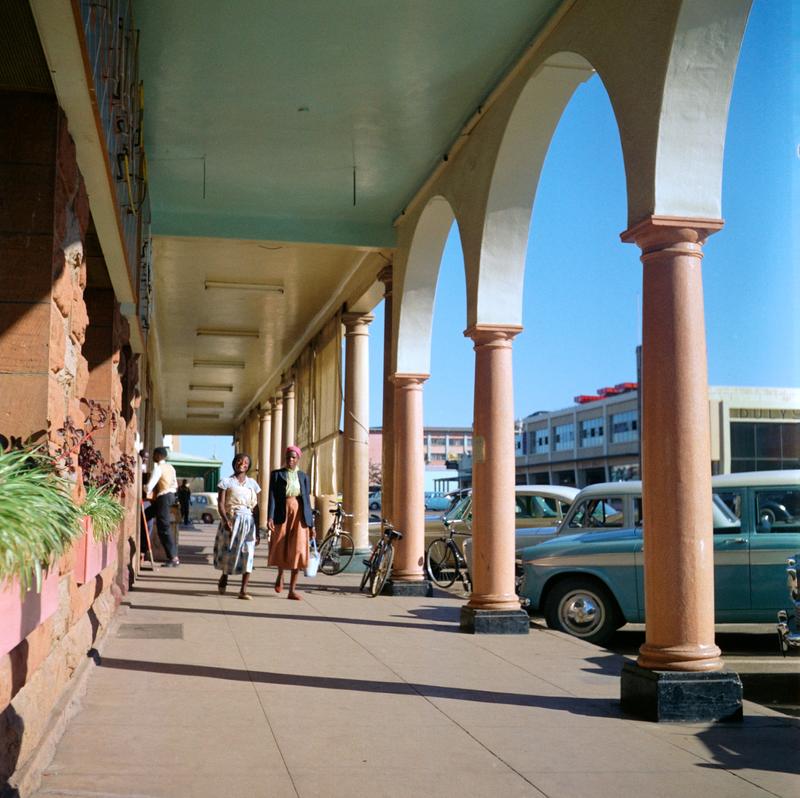 Webb approached the compositions of his street photography in Southern Rhodesia with an eye to the lines of buildings and sidewalks, seeking unexpected human moments in the urban landscape. Here, two women walk along a sidewalk colonnade in Bulawayo. They seem to return the photographer’s (and the viewer’s) gaze, with one woman smiling, or perhaps laughing, and the other glaring. This photograph highlights the variety of ways that individuals may have responded to Webb’s entitlement as a white, American male photographer working in a racist, minority-ruled state.