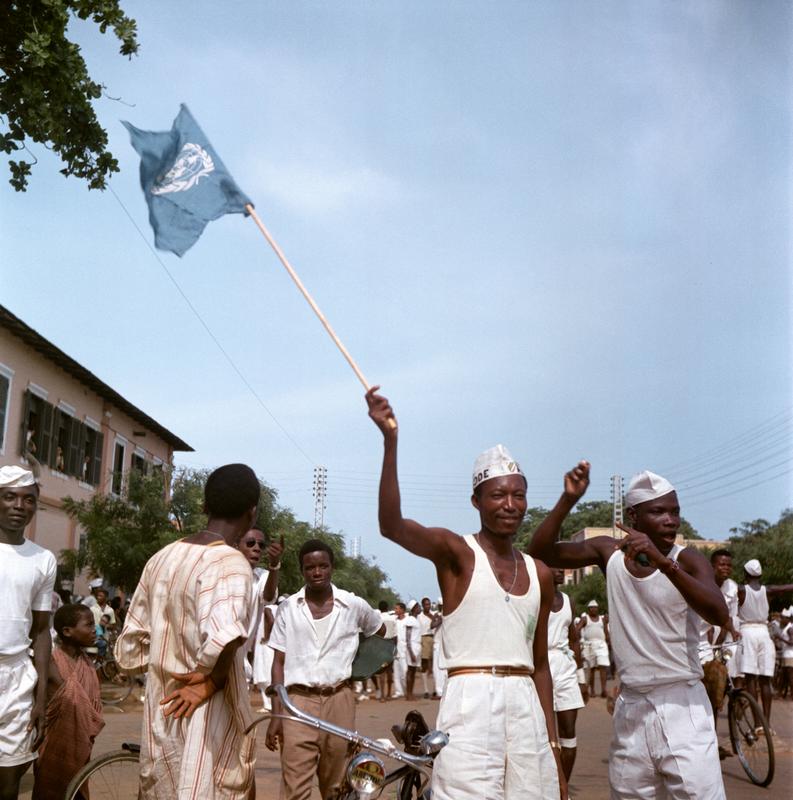 Webb described the excitement: “A day of great surprise—and rejoicing. The opposition has won a landslide Victory and now Togo is virtually free. The UN Mission is vindicated and aside from the few French here, the country is in ecstasy. The cry of Ablodé! (Freedom) rings in the streets. . . . Almost impossible to photograph. . . . I feel that I have seen history made—it was a good show.”