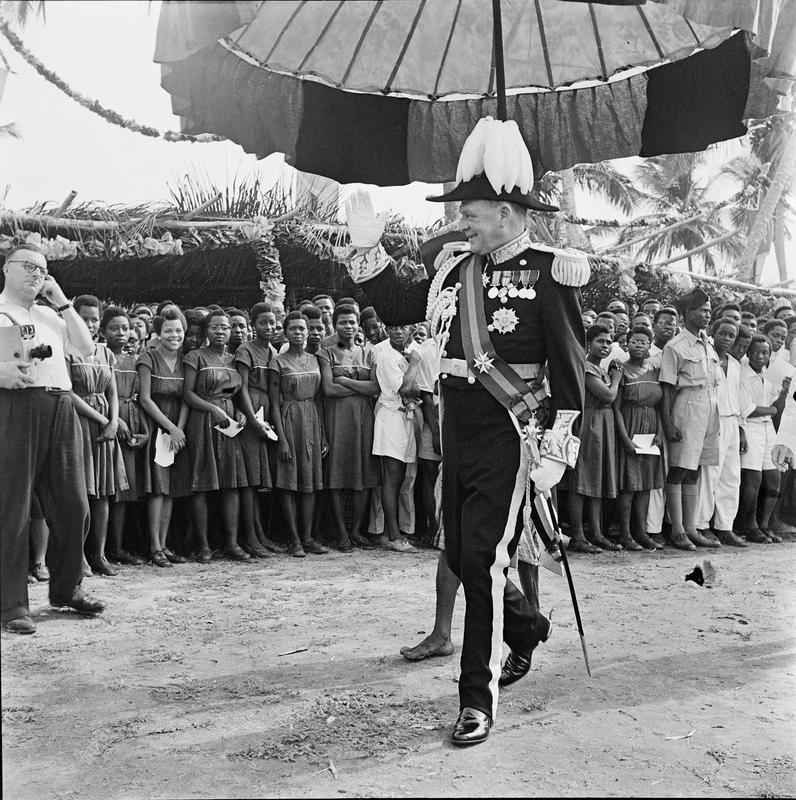 Sir Charles Arden-Clarke, Last Governour of the Gold Coast, Attends a Durbar in his Honor Before Leaving Ghana, Cape Coast, 1959