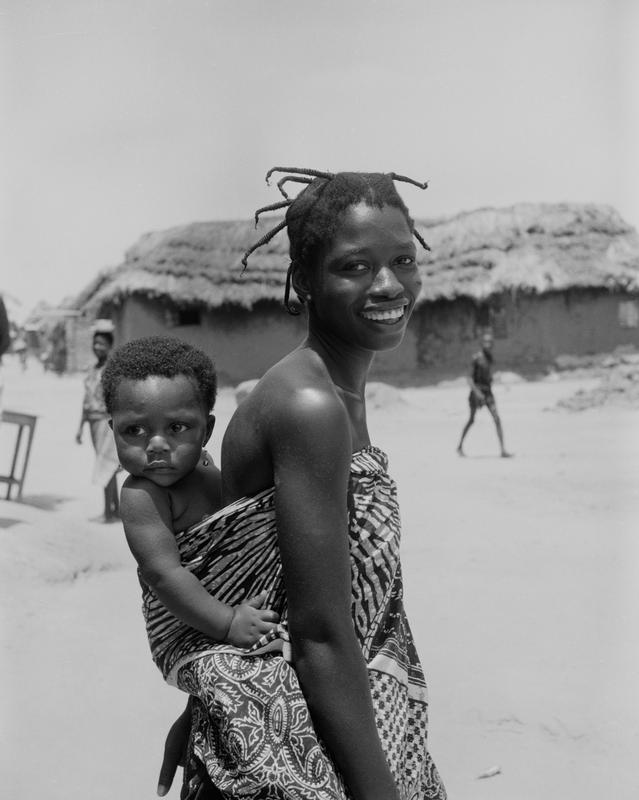 This portrait of a smiling woman carrying a child on her back with a traditional wrap has the appearance of spontaneity, as if she had just noticed the photographer to her right. As an experienced photographer of everyday life in the United States, Webb produced similarly candid photographs of people throughout his United Nations project; later, he stated that this was his favorite portrait from the series.