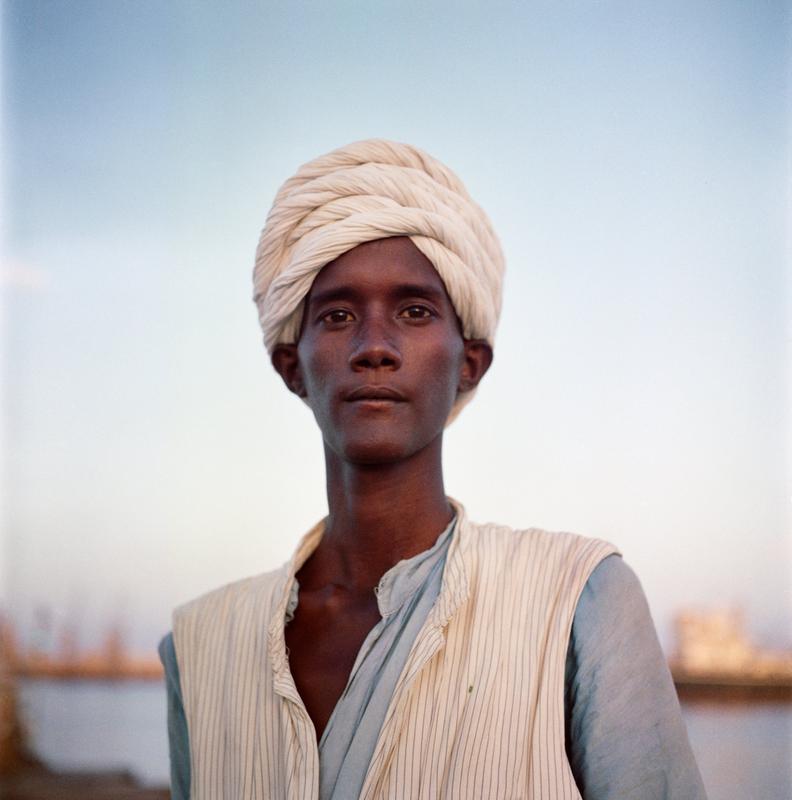 This photograph of a serenely composed man in twilight holds poetic portent, suggestive of Webb’s efforts to bridge the cultural distances between photographer and subject. As a photographer who counted pathbreaking Black American photojournalist Gordon Parks among his close friends, Webb was sensitive to the potential for racial stereotyping in his photography of Africa, and deliberately created photographs expressive of the individuality of his sitters. At the same time, Webb was an outsider to the cultures through which he traveled, and was privileged by his access as a U.N. contractor. Consequently, his view of the people he encountered was invariably filtered by unseen, but influential, biases. In several instances along his journey, he cited a lack of “Africanness,” suggesting his own expectations regarding indigenous life and culture in the diverse nations he visited.