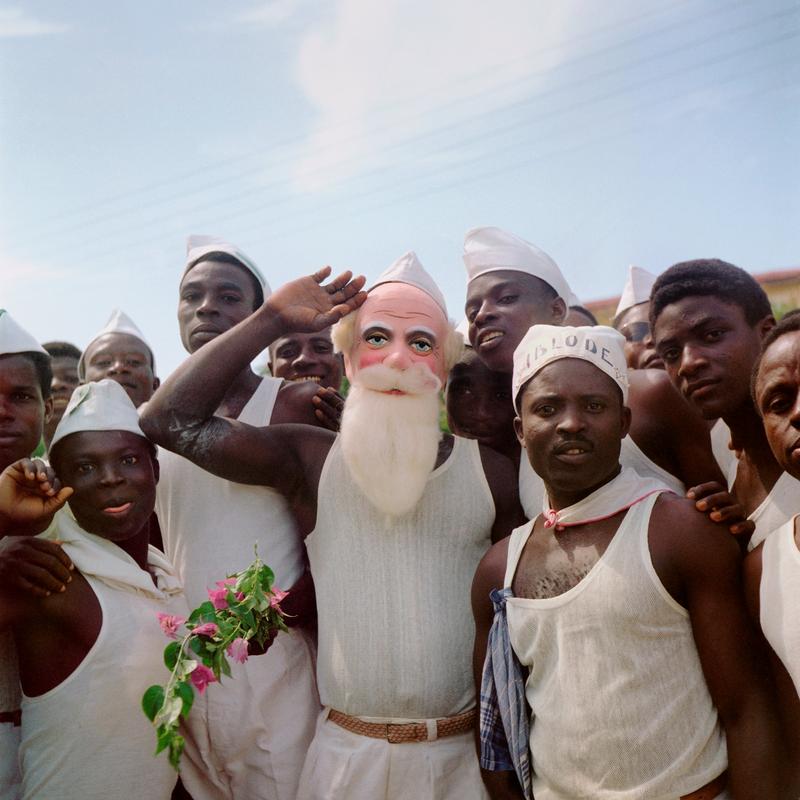 Webb began his United Nations assignment in Togoland (Togo) in order to photograph the nation’s first open election. Capturing images of emerging democratic systems in Africa was crucial to the U.N. commission, as such photographs could be used to bolster evidence of political progress—defined as a peaceful and orderly transition from colonial authorities—across the continent. Webb created memorable photographs of the activities surrounding election day, which included thousands of men and women in lines for the ballot box, many of them in an apparently celebratory mood. This portrait of a group of men clustered around a voter wearing a Santa mask suggests an almost carnival-like atmosphere—or, perhaps, comments upon the alien status of the American photographer who wandered among the voters.