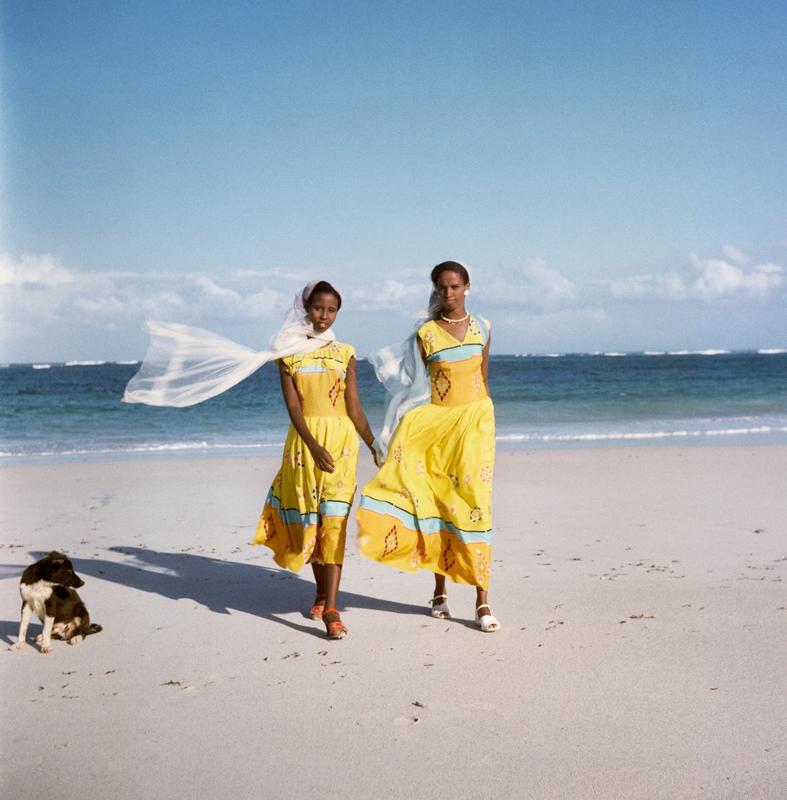 Webb encountered some difficulty in photographing citizens of Somaliland (Somalia), as many were apparently resistant to his requests for posing. This photograph of two brilliantly dressed young women striding confidently along a wide strip of sand, an expanse of ocean visible behind them, provides a dramatic exception to his catalogue. Like Webb’s portrait of the man in the red suit in Mogadishu, the women’s casual demeanor and fashionable dress would have been received as images of the increasingly modernized, urbane population sought after by U.N. publications.