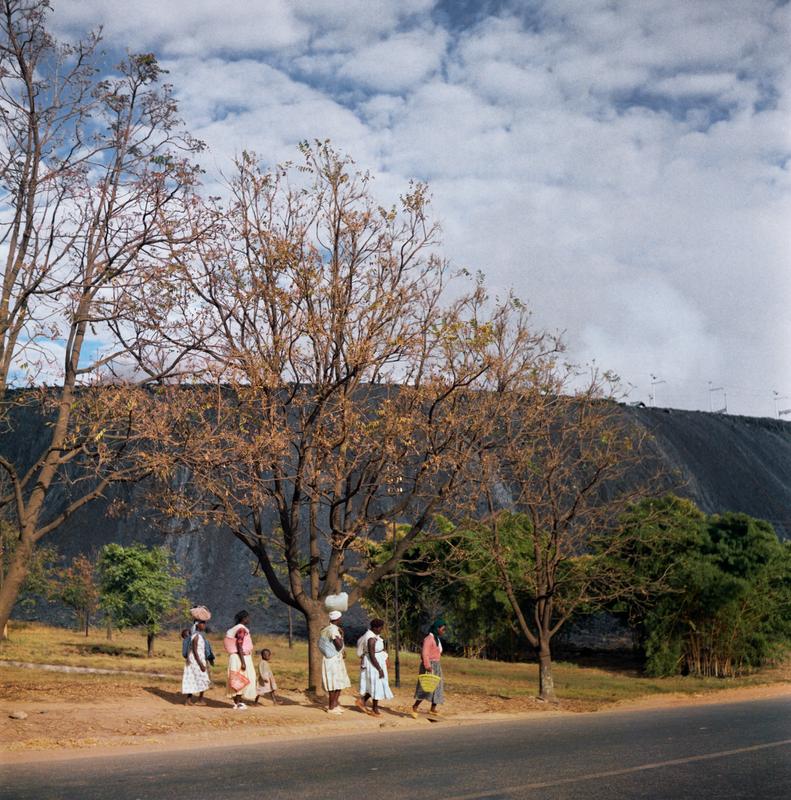 By 1958, copper comprised more than half of the foreign exchange earnings of the Federation of Rhodesia and Nyasaland (which incorporated Northern and Southern Rhodesia as well as Nyasaland). In the copper fields near Ndola, Webb photographs a mountain of ash, picturing a link between the electrical power required to smelt copper and debris from mining. Black workers—women and children here—cross the road on their day off. Economically, imperial Britain viewed African people much as they did African landscapes: as resources to be controlled and exploited, often worked to the point of exhaustion.