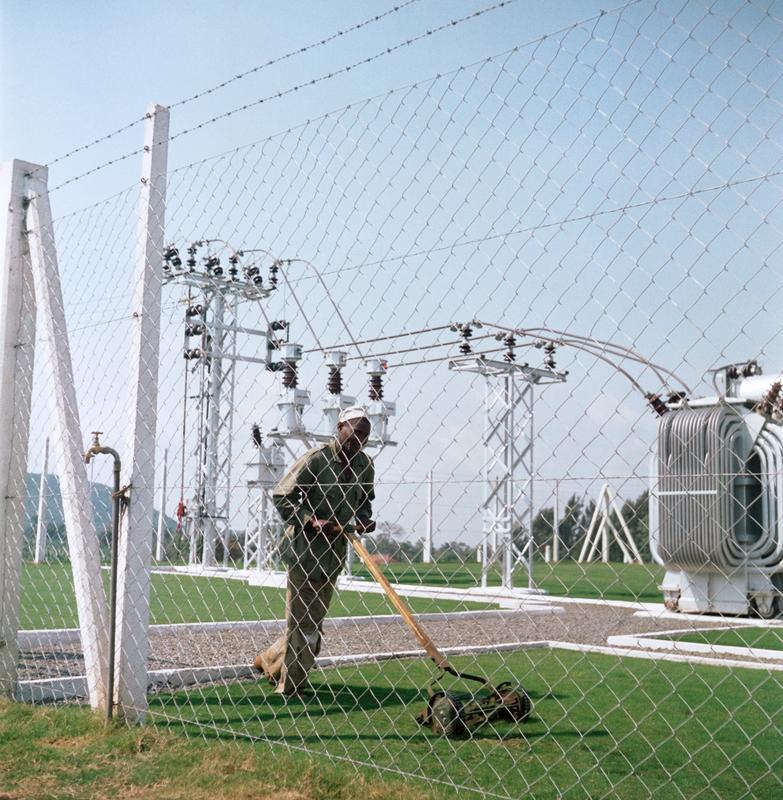 Webb’s photographs throughout the U.N. assignment, such as this one of a man mowing grass behind a chain-link enclosure at an electric transfer station in Tanganyika (Tanzania), contradict romantic, mythologized notions of the continent, depicting instead the large-scale industry he was commissioned to capture. Here, the metal fencing creates a literal barrier between photographer and subject. It also implicates the viewer in this power dynamic, in which consent by the subject remains ambiguous.