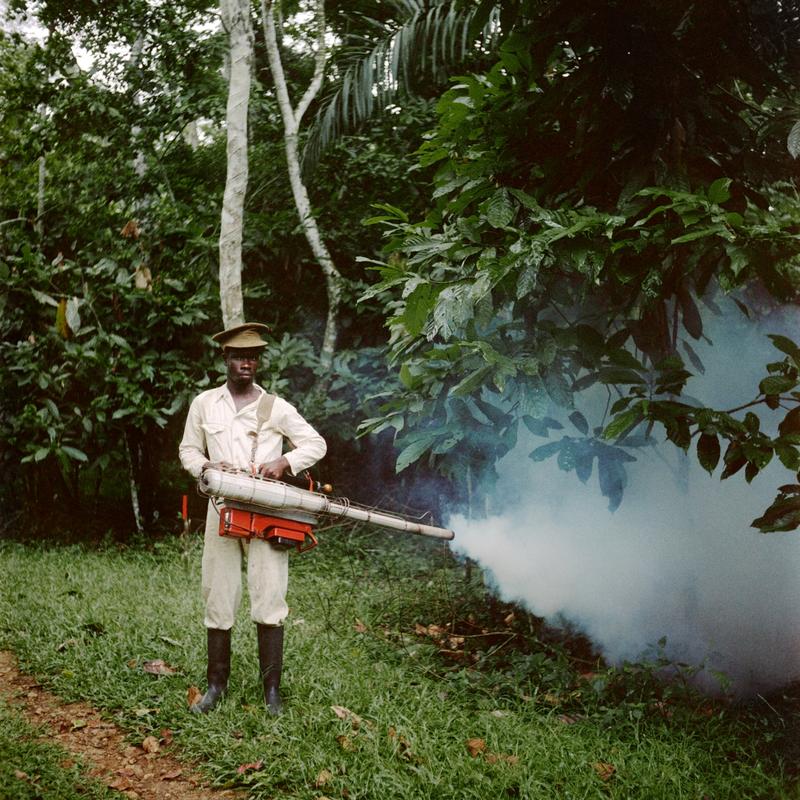 Wielding a canister of pesticide, an official in Ghana sprays cocoa plants to protect future crops. Pest-control management, including the use of toxic chemicals in residential areas, was common throughout industrialized nations in the middle of the 20th century, and indeed might have been viewed as evidence of responsible civic stewardship in Webb’s United Nations project. To present-day viewers knowledgeable about the negative effect of chemicals, such as DDT, on public health, especially those associated with cancerous diseases, the photograph presents a more complicated view of the role of Euro-American scientific “advancements” in African nations at mid century.