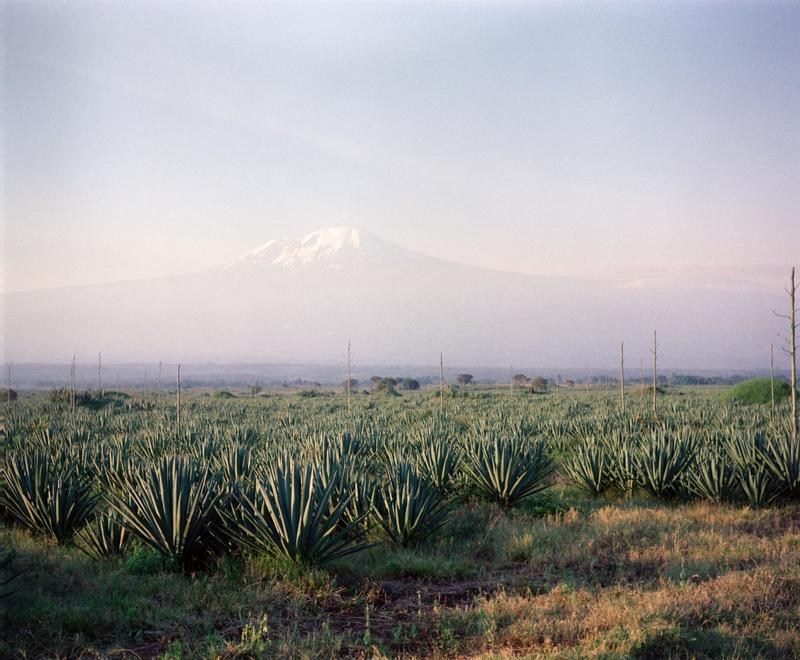 Webb made this photograph on July 19, 1958, amid a boundless plantation of sisal—the oldest commercial crop in Tanzania. The edges of the photograph barely contain the plants as they fan out at the base of Mount Kilimanjaro. By 1961, the year Tanganyika became independent from Great Britain, the country reigned as the world’s largest sisal exporter. Instead of an army of European soldiers or bureaucrats, in this image the plants themselves act as foreign colonizing forces, invading the field and disrupting the health of indigenous species.