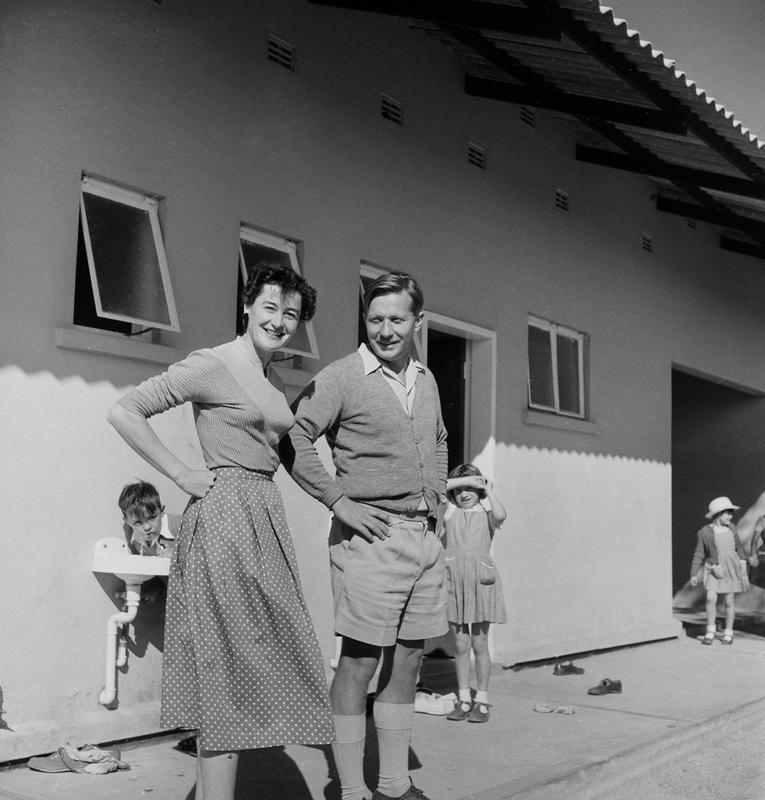 This photograph of a cheerful head of school, taken during Webb’s travels in Rhodesia, illuminates the region’s segregated educational system through its all-white subjects. In Rhodesia, Webb encountered a system of racist policies through which the lives and rights of non-white people were segregated from those of white people—and notably depicted the results in his work for the United Nations. As a photographer working in the American South during the 1940s, an era marked by Jim Crow laws that discriminated against Black Americans, Webb was no stranger to institutional racism, and stated his disgust with white supremacy in a letter to his wife, Lucille.