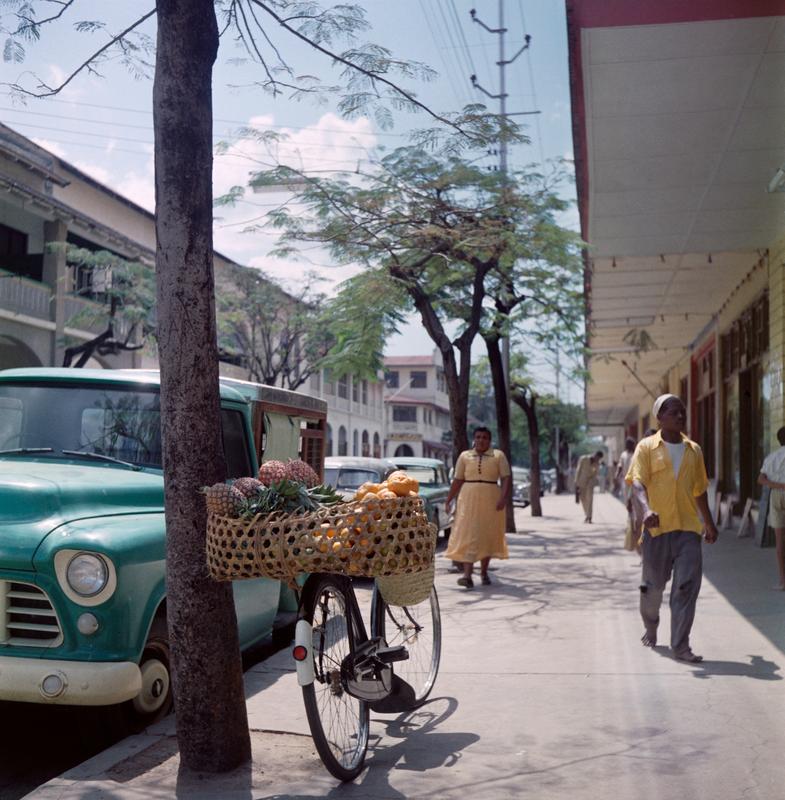 The saturated greens and yellows in this street scene animate a brilliantly sunny day on Samora Avenue in Dar es Salaam. A man in a bright shirt, ripped pants, and traditional Swahili coast kofia (hat) strolls barefoot on the city sidewalk as he passes a similarly shoeless boy in school uniform to his far right, almost out of the frame. Behind him, a woman in Western-style dress appears to be running errands. While subtle, these variations in dress would have served Webb’s assignment to document cultural change for the United Nations.