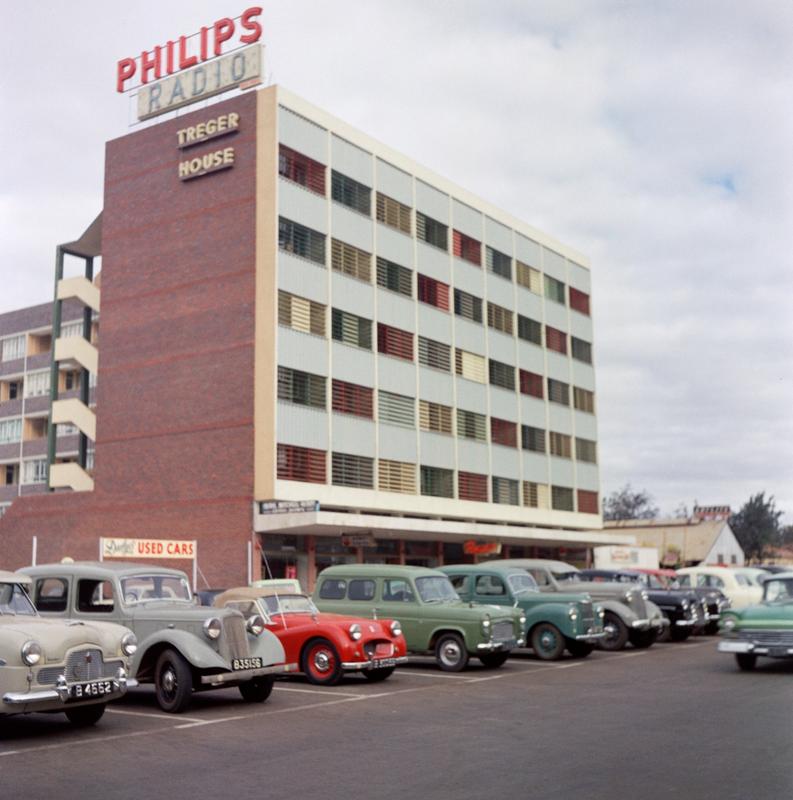 This photograph is of a used-car lot filled with late-model vehicles and a mid-century modern office building (Treger House in Bulawayo) capped with an advertisement for Philips Radio. The entire scene carries multiple signs of the economic “progress” supported by Webb’s United Nations assignment. Nearly indistinguishable from the built environment of the United States and Europe, the scene epitomizes notions of a “changing Africa” that was turning away from indigenous architecture, transportation, and economic infrastructure.