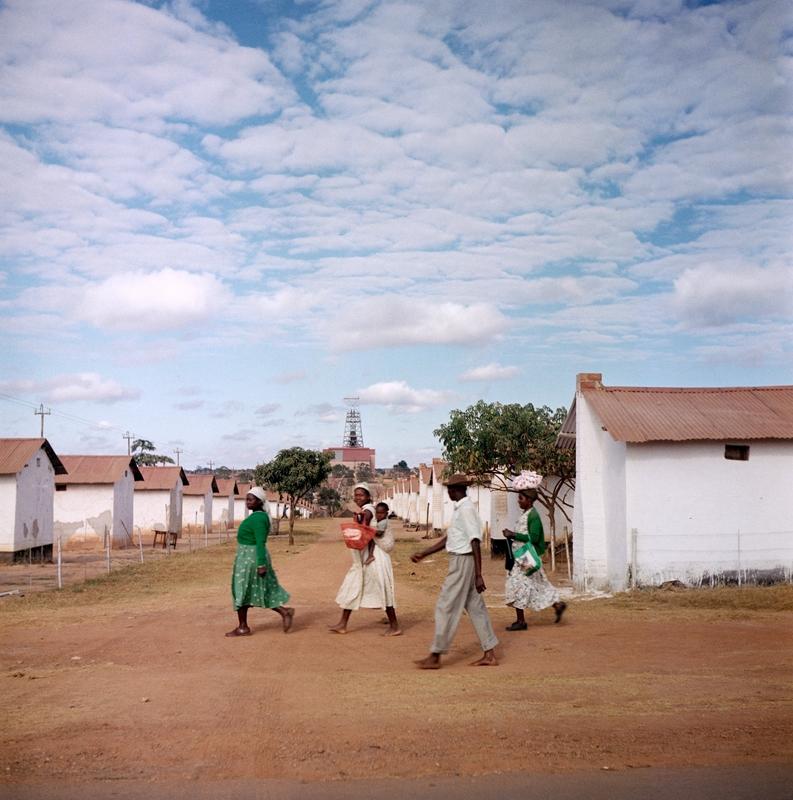 At the Kitwe mine in Northern Rhodesia (Zambia), Webb photographed rows of worker housing, suggesting the large numbers of people brought to work there. The man and women here, most likely mining workers on a day off, are framed under a vast sky with the main mine shaft centered behind them.

This display of a local economy meets the U.N. mandate to document industry and technology; however, its appealing aesthetic glosses over the harsh realities of the workers, who had no choice other than to live and work within an inequitable colonial system. Webb comments on this in his Africa journal: “the differences in educational background and the habits of cheap labor formed through the years [of colonial domination] . . . is one of the most difficult problems that has to be solved in Africa.”