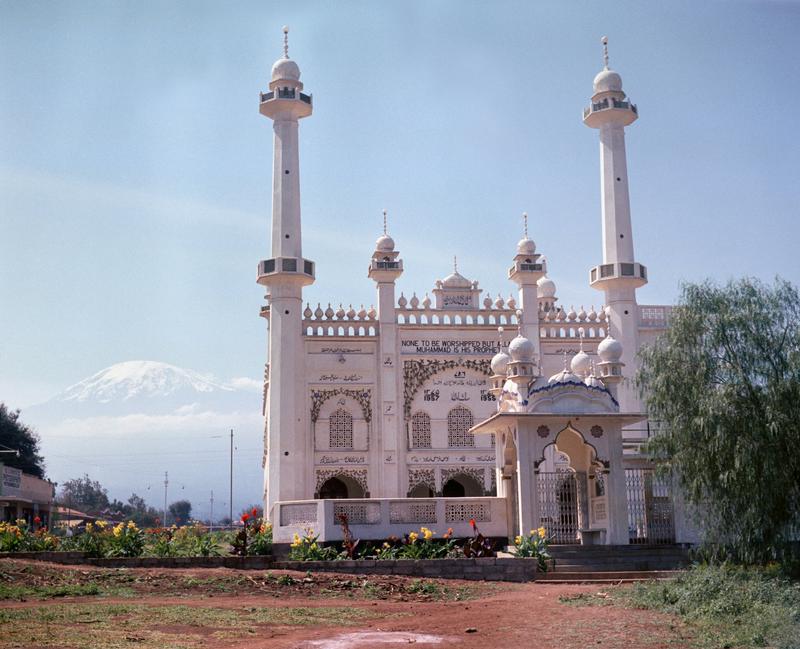 In his photographs made for the United Nations, Webb binds a romantic reverence for landscape—as championed by his teacher, the American West photographer Ansel Adams—to the majesty of the built environment. Here, Mount Kilimanjaro, lustrous on the horizon, stands in contrast to the towering Indo-Islamic mosque complex in the foreground, one of the few precolonial architectural sites that Webb photographed while in Tanganyika (Tanzania).