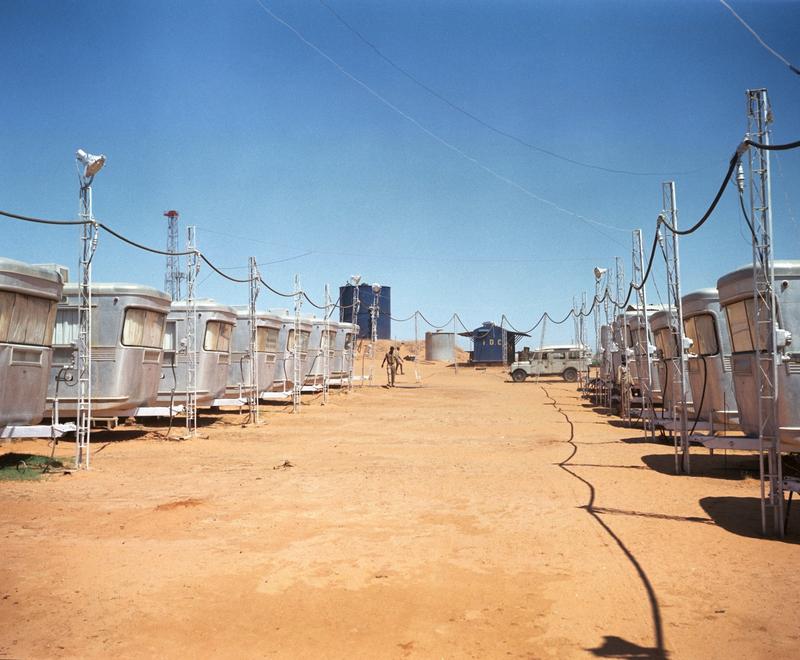 Webb photographed temporary worker housing at a Sinclair Oil Corporation workstation in the desert 300 kilometers (about 186 miles) outside of the capital city, Mogadishu. Webb noted in his journal: “[these were] air-conditioned and completely equipped. The European crew lived in comparative comfort. . . . The work had been going on for almost a year and the pipe was in the ground more than 8,000 feet.” The symmetrical silver trailers and lines of light posts suggest stability, even prosperity, but the oil industry exacerbated existing economic and social inequalities in the region. Even so, according to Webb, “Prospects of discovering oil were not good.” And, as Somali scholar and poet Ali Jimale Ahmed writes, “The Sinclair Somali saga is repeated in today’s political discourse—oil prospecting brings back memories of the past, including the cacophony that mired the discussions of the Somali Youth League some sixty-one years ago. Now as then, oil prospecting injects incivility.”