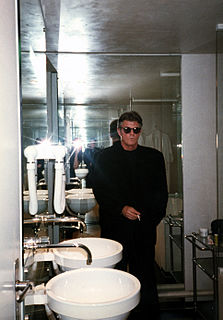 Lewis Baltz was a visual artist and photographer who became an important figure in the New Topographics movement of the late 1970s. His work has been published in a number of books, presented in numerous exhibitions, and appeared in museums such as the Museum of Modern Art, Paris, Museum of Contemporary Art, Helsinki, San Francisco Museum of Modern Art and The Whitney Museum of American Art, New York. He wrote for many journals, and contributed regularly to L'Architecture d'Aujourd'hui. Read more from Wikipedia →

Works by this artist in other museums: the Smithsonian American Art Museum, the Museum of Modern Art in New York.