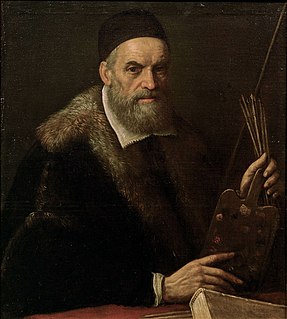 Jacopo Bassano, known also as Jacopo dal Ponte, was an Italian painter who was born and died in Bassano del Grappa near Venice, and took the village as his surname. Trained in the workshop of his father, Francesco the Elder, and studying under Bonifazio Veronese in Venice, he painted mostly religious paintings including landscape and genre scenes. Bassano's pictures were very popular in Venice because of their depiction of animals and nocturnal scenes. His four sons: Francesco Bassano the Younger, Giovanni Battista da Ponte, Leandro Bassano, and Girolamo da Ponte, also became artists and followed him closely in style and subject matter. Read more from Wikipedia →