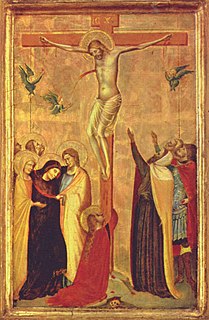 Bernardo Daddi was an early Italian Renaissance painter and the leading painter of Florence of his generation. He was one of the artists who contributed to the revolutionary art of the Renaissance, which broke away from the conventions of the preceding generation of Gothic artists, by creating compositions which aimed to achieve a more realistic representation of reality. He was particularly successful with his small-scale works and contributed to the development of the portable altarpiece, a format that subsequently gained great popularity. Read more from Wikipedia →