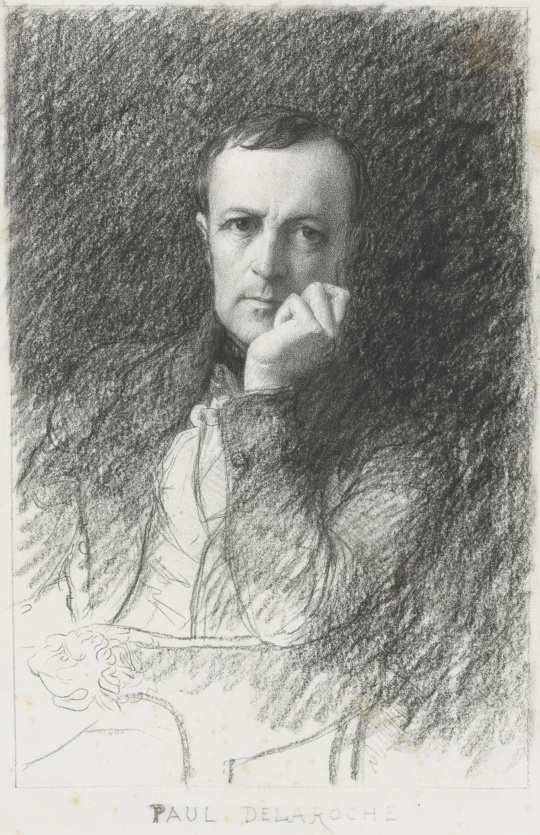 Paul Delaroche was a French painter who achieved his greater successes painting historical scenes. He became famous in Europe for his melodramatic depictions that often portrayed subjects from English and French history. The emotions emphasised in Delaroche's paintings appeal to Romanticism while the detail of his work along with the deglorified portrayal of historic figures follow the trends of Academicism and Neoclassicism. Delaroche aimed to depict his subjects and history with pragmatic realism. He did not consider popular ideals and norms in his creations, but rather painted all his subjects in the same light whether they were historical figures, founders of Christianity, or real people of his time like Napoleon Bonaparte and Marie-Antoinette. Delaroche was a leading pupil of Antoine-Jean Gros and later mentored a number of notable artists like Thomas Couture, Jean-Léon Gérôme, and Francisque Millet. Read more from Wikipedia →