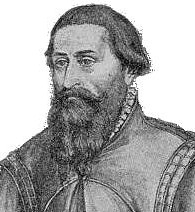 Veit Stoss was a leading German sculptor, mostly in wood, whose career covered the transition between the late Gothic and the Northern Renaissance. His style emphasized pathos and emotion, helped by his virtuoso carving of billowing drapery; it has been called "late Gothic Baroque". He had a large workshop and in addition to his own works there are a number by pupils. He is best known for the altarpiece in St. Mary's Basilica in Kraków, Poland. Read more from Wikipedia →