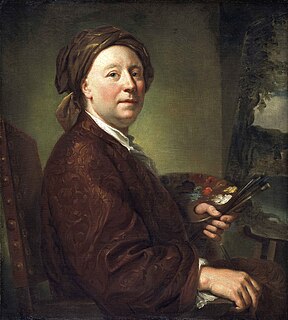 Richard Wilson was an influential Welsh landscape painter, who worked in Britain and Italy. With George Lambert he is recognised as a pioneer in British art of landscape for its own sake and was described in the Welsh Academy Encyclopedia of Wales as the "most distinguished painter Wales has ever produced and the first to appreciate the aesthetic possibilities of his country". In December 1768 Wilson became one of the founder-members of the Royal Academy. A catalogue raisonné of the artist's work is published by the Paul Mellon Centre for Studies in British Art. Read more from Wikipedia →