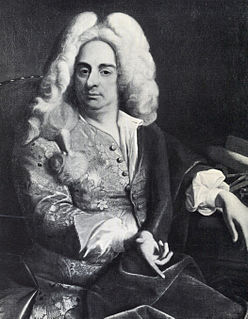 Johann Bernhard Fischer von Erlach was an Austrian architect, sculptor, and architectural historian whose Baroque architecture profoundly influenced and shaped the tastes of the Habsburg Empire. His influential book A Plan of Civil and Historical Architecture (1721) was one of the first and most popular comparative studies of world architecture. His major works include Schönbrunn Palace, Karlskirche, and the Austrian National Library in Vienna, and Schloss Klessheim, Holy Trinity Church, and the Kollegienkirche in Salzburg. Read more from Wikipedia →