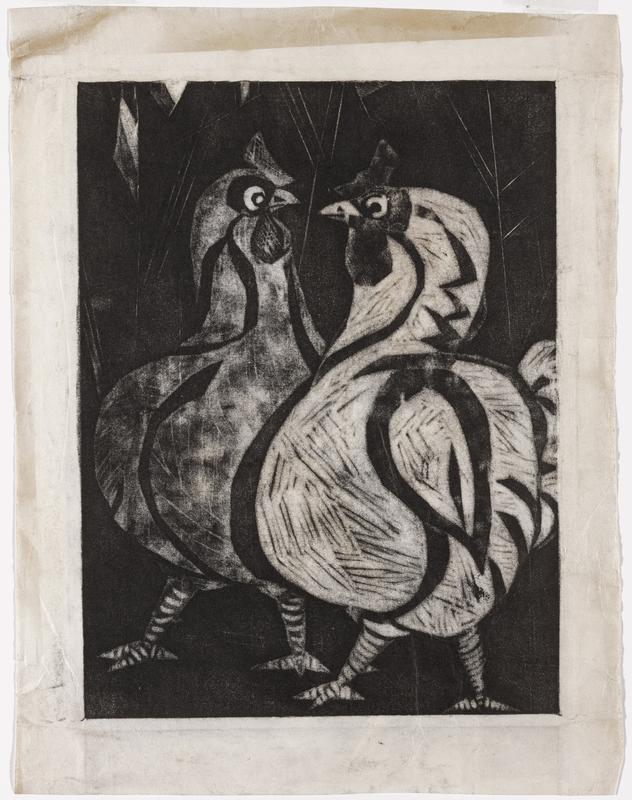 The rooster, apparently Amano’s favorite bird, became his protagonist in at least nine different prints which he created in 1959/60. Most of them were titled Apprehension (Fuan 不安) but in this case, a title is missing.

Return to Amano Kazumi: Prints from the Kimm-Grufferman Collection ›