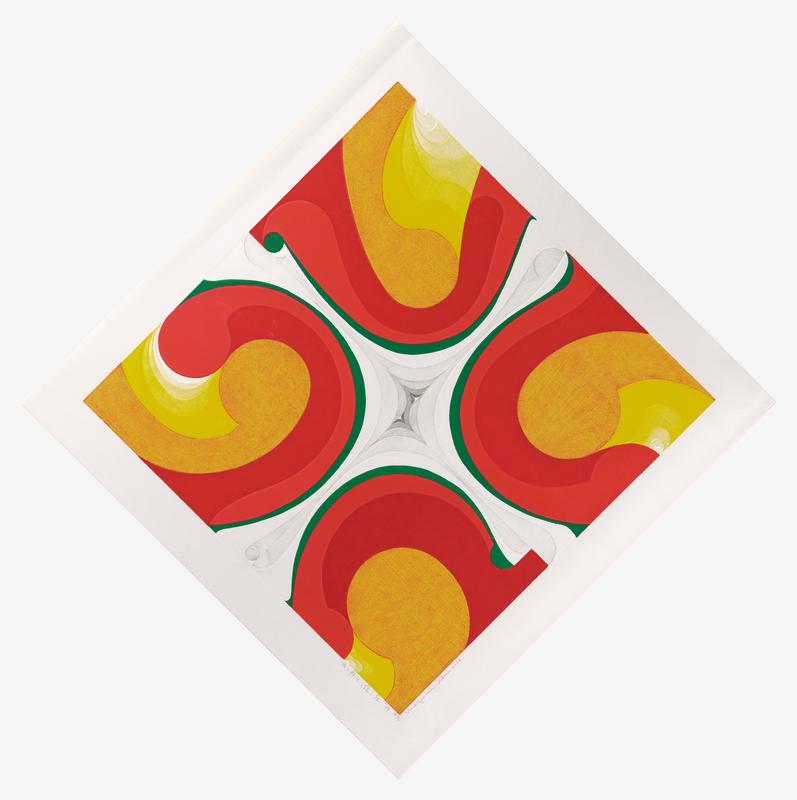 Inside and Outside (Combination) Stress, 1968

In 1968, Amano deviated from the oblong paper format he usually employed for his prints and sometimes used a square size that he, somewhat surprisingly, rotated by 45 degrees. His series Inside and Outside (Uchi to soto to), to which this print belongs, contains three of these rotated squares. Another two are in the series Color-ring (Shikikan) and five in From Gauge (Gēji no matawa gēji to) which he created in the following year. He then abandoned this format for ten years until he briefly revisited it from 1979 until 1983 for five prints.

Return to Amano Kazumi: Prints from the Kimm-Grufferman Collection ›