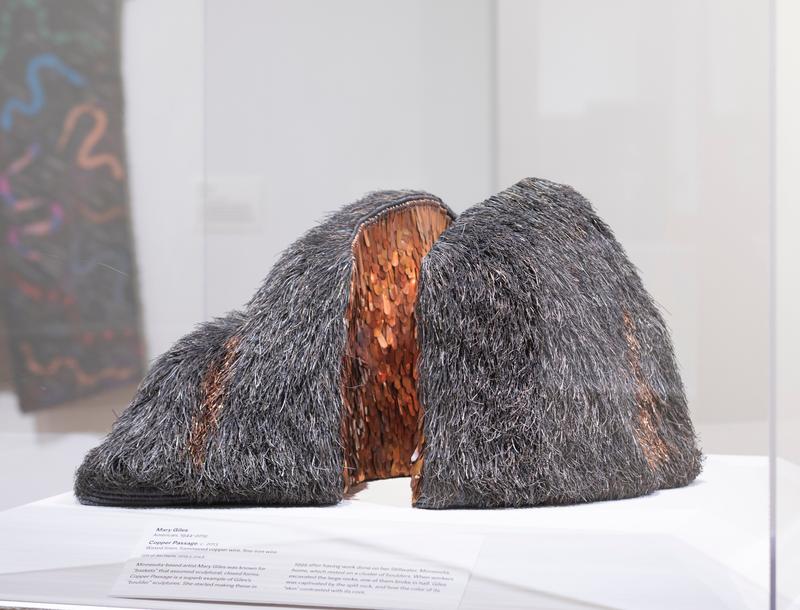 “Copper Passage” is a superb example of Mary Giles’s “boulders”—a type of closed, sculptural basket for which she became known. She started making boulder sculptures in 1999 after having work done on her Stillwater, Minnesota, home, which rested on a cluster of boulders. When workers excavated the large rocks, one broke in half. Giles was captivated by the split rock, and how the color of its “skin” contrasted with its core. Through a mass of iron and copper elements one catches glimpses of the coiled basket structure that lies beneath.