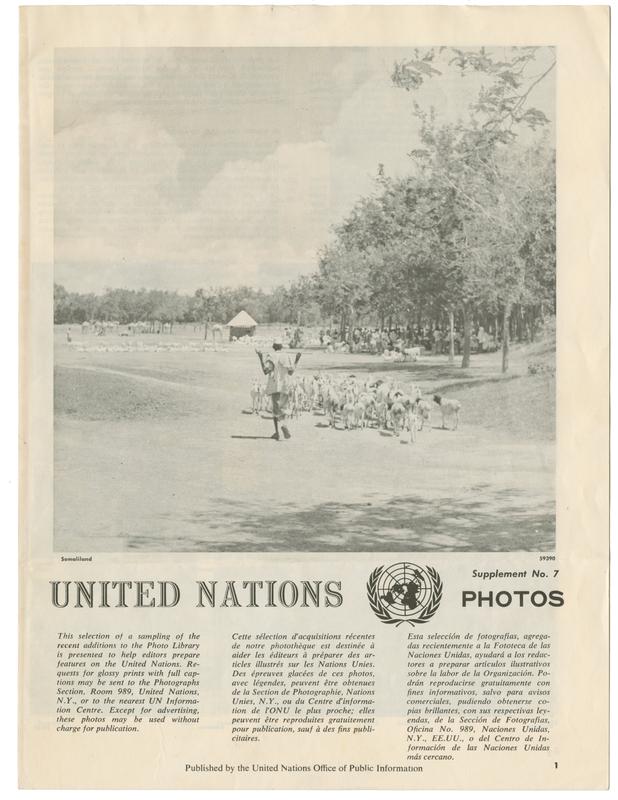 The United Nations Office of Public Information’s brochure “United Nations Photos, Supplement No. 7” promoted “the changing face of Africa” and the expansion of industry and technologies at the interface of colonialism and independence in nine countries. The brochure highlighted a dichotomy between what the United Nations described as a modernizing Africa and its suggestion of what had come before—thatched housing and ox-tilled farms.

The dichotomies set up a clear “before and after” vision of indigenous/modern, rural/urban, and traditional/industrial, with the brochure’s written narrative supported by the photographs’ focus on modernization. With only a few exceptions, Webb’s images in the U.N. brochure, including of a Tanganyikan surveyor, construction of a large-scale dam and city buildings, the shipping industry, and mining and factory operations, all contradict the 1950s racist, colonialist narrative of the African continent.