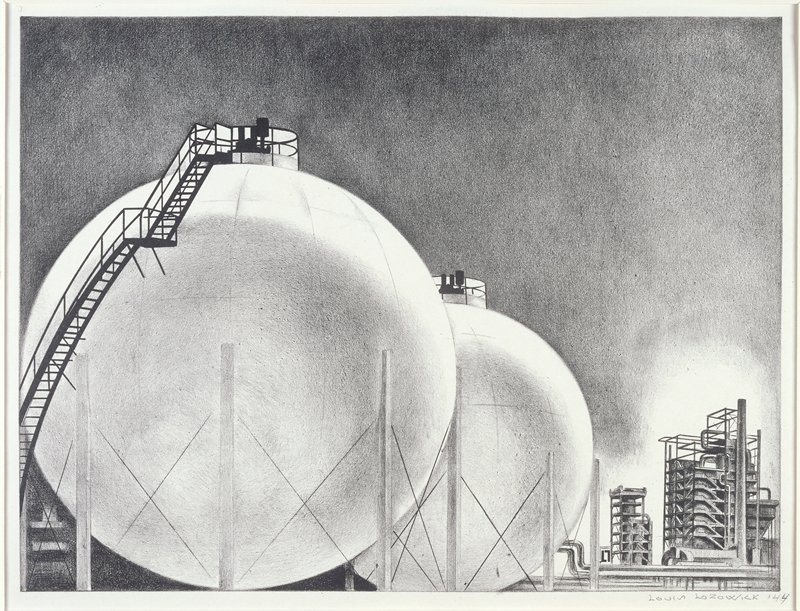 Gift of funds from the Print and Drawing Council P.99.7

Lozowick's precisionist image of a chemical refinery is one of twelve lithographs he produced for a calendar honoring American industrial prowess during World War II. Active in leftist politics, Lozowick was closely allied with Russian Constructivism during the 1920s, championing the machine aesthetic that became an important aspect of the American Precisionists. Like the present example, his paintings and graphic work regularly explored the industrial landscape, stressing the power and mystique of the modern machine.

Image: In Copyright. Gift of funds from the Print and Drawing Council