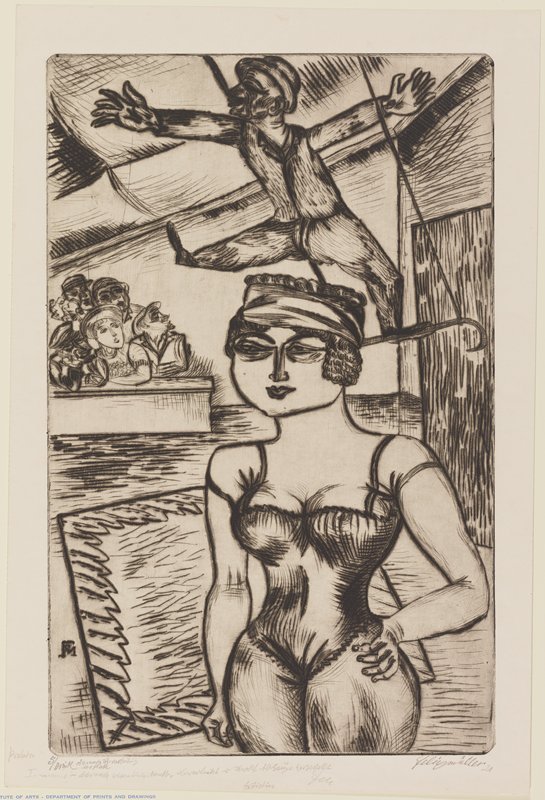 Conrad Felixmüller came to prominence in Germany in the late 1910s when the emotional intensity of Expressionism began to give way to a more objective vision of modern life. The Acrobat depicts a female trapeze artist who poses for the artist while a clown steals her spot on the trapeze and swings over her head, much to the delight of the crowd behind them. Felixmüller seemed drawn to the circus, a separate realm where the bizarre and unusual were commonplace. Indeed, this topsy-turvy world seemed an apt metaphor for the chaotic conditions that wracked German society in the wake of World War I.