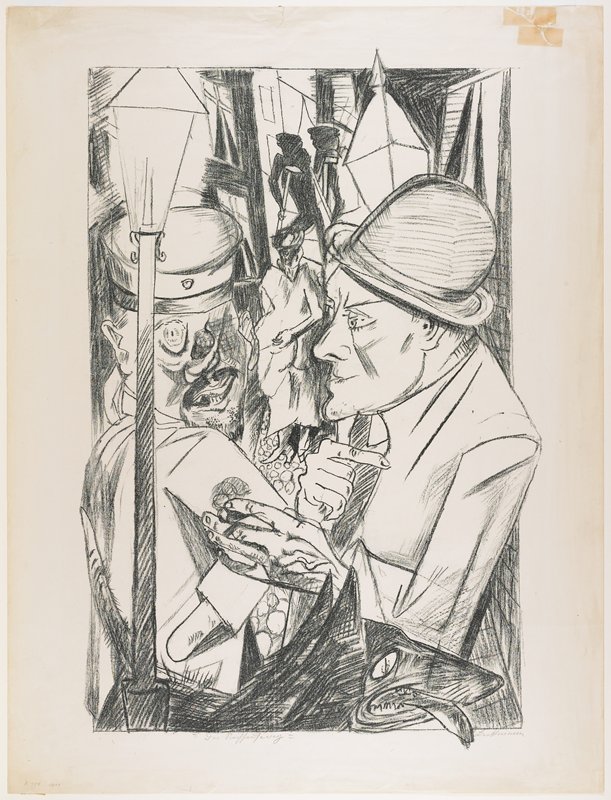 The Way Home is the opening scene in Beckmann's acclaimed graphic cycle Die Holle (Hell), a dark and disturbing essay on the collapse of German society in the aftermath of the First World War (1914-18). Set in postwar Berlin, the allegorical scene features Beckmann as a man on his way home who suddenly encounters a horribly disfigured veteran under the light of a street lamp. Bearing the scars of war, the once proud soldier symbolizes the fate of Germany itself, broken and defeated. In the foreground, a menacing black dog warns of the dangers that lie ahead. Beckmann further enhances the tension of the scene by crowding his figures into a shallow pictorial space. Above all, The Way Home is a powerful denouncement of war.