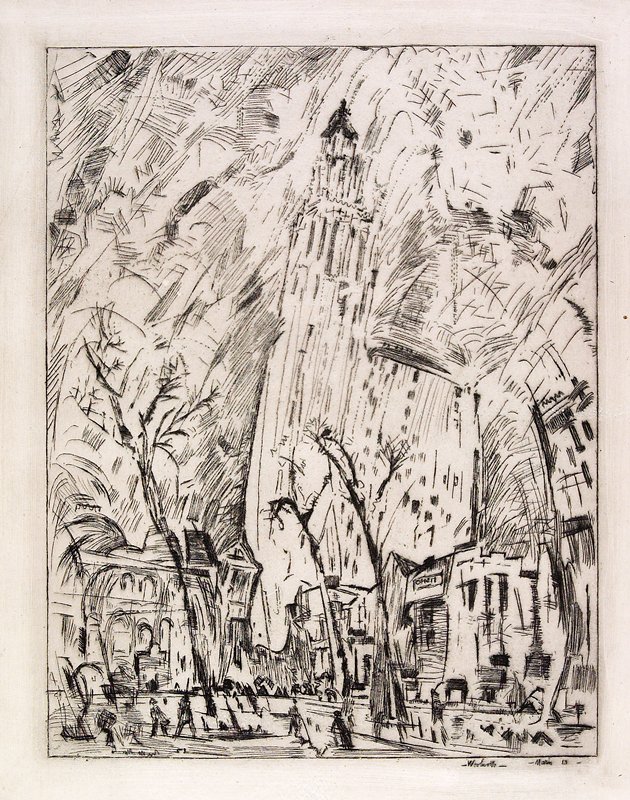 John Marin imparts the vitality of the modern city in this now iconic image of New York’s Woolworth Building. Designed by renowned American architect Cass Gilbert, the 60-story skyscraper was at the time of its completion in 1913 the tallest building in the world and widely celebrated as a symbol of modernity. Marin visually conveys the structure’s intrinsic energy, the building appearing to sway to an invisible rhythm. He explored the subject multiple times in oil, watercolor, and etching, and exhibited a watercolor version in the landmark 1913 Armory Show introducing European-inspired modern art to the American public.