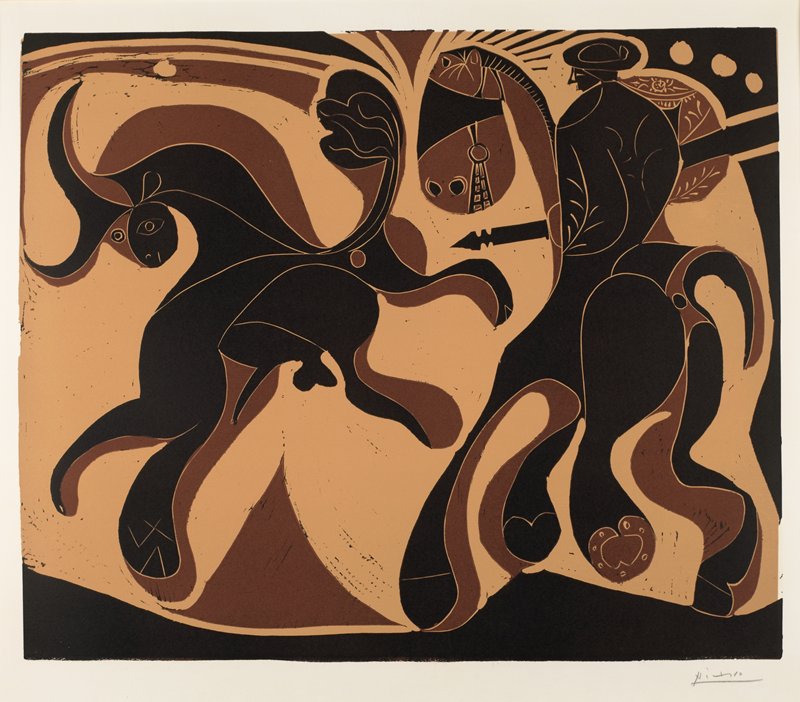 In 1958, Picasso moved with Jacqueline Roque (who would become his second wife in 1961) to the Château de Vauvenargues in the South of France. There they were close to the village of Vallauris, which had recently begun to permit bullfighting. Picasso and Roque were passionate about the bullfight, and he now returned to this subject, which had fascinated him earlier in his career.

Après la Pique depicts the moment when the picador (on the blindfolded horse) has thrust his sharpened lance into the bull’s neck to weaken its shoulder muscles. For this dynamic image of power and struggle, Picasso chose the relief printmaking technique of linoleum cut, using this simple medium to explore form and contrast in expressive ways.

Image: In Copyright. Gift of the Harriet Hanley Estate