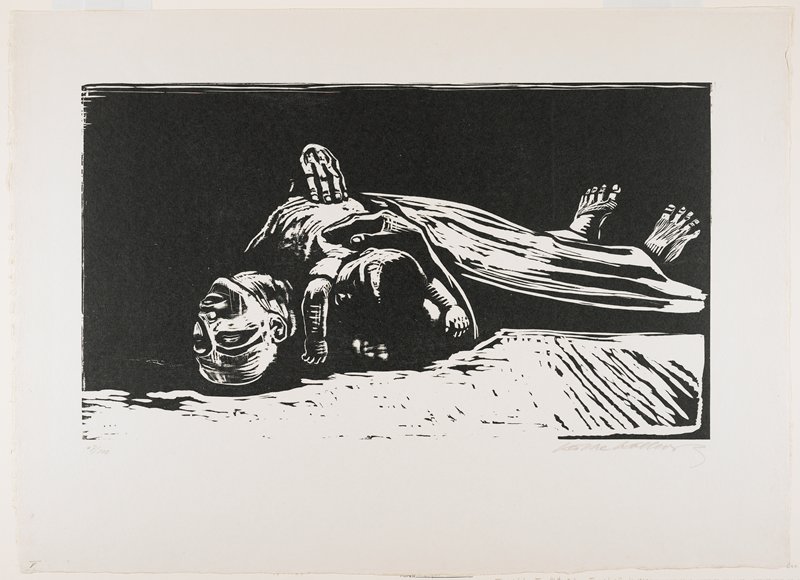 Käthe Kollwitz is remembered for her haunting scenes of suffering, especially the tragic consequences of poverty and disease among women and children. She was anti-war, anti-violence, and ultimately a believer in the triumph of the human spirit, and she skillfully used the graphic arts—prints, illustrations, posters—to promote her left-leaning social agenda. In her print cycle Krieg (War), Kollwitz exploited the woodcut’s stark graphic power to illustrate war’s tragic effect on wives, parents, and children left behind. Tied to no specific time or place, the heartrending images are both universal admonishments against war and personal memories of loss—her son Peter died in battle in 1914, two months after joining the German Army.

Image: No Copyright–United States. The Print and Drawing Seminar Fund