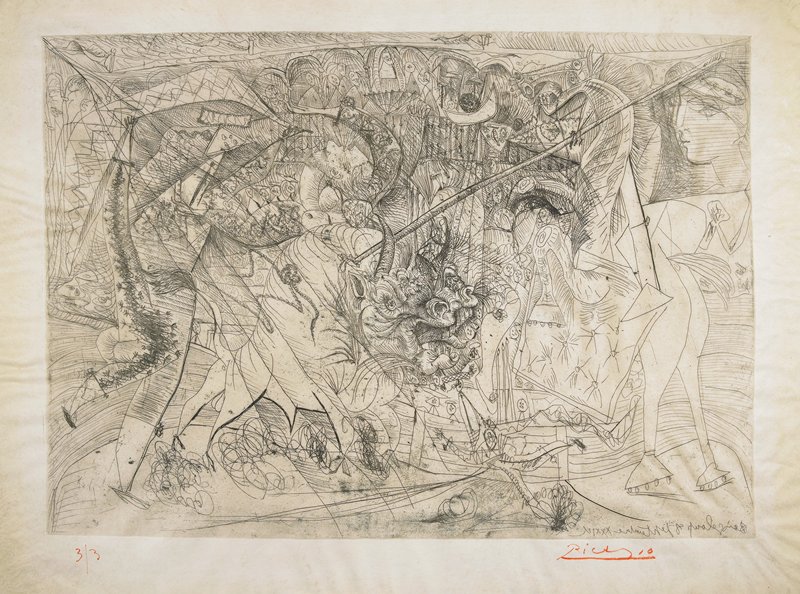 Emerging from Spanish tradition, the bullfight is a central and symbolic theme in Picasso’s work. Since the 19th century, there have been women with legendary careers as bullfighters. Picasso’s female bullfighter appeared in his work only between 1933 and 1935, with each representation bearing the face of his mistress Marie-Thérèse Walter. Among Picasso’s largest prints, La Grande corrida presents the passion, violence, and drama of the bullfight as a metaphor for his deteriorating relationship with his wife, Olga, and his desire for Marie-Thérèse. First printed in 1939, the etching was never formally published, but fifty unsigned impressions are known. Mia’s impression is one of only three printed on vellum (calfskin).

Image: In Copyright. The Miscellaneous Works of Art Purchase Fund