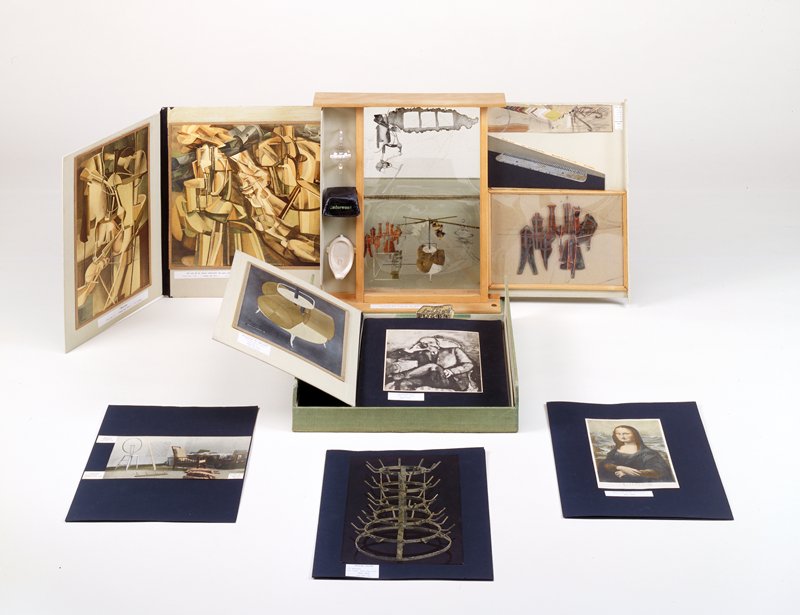 Box in a Valise is essentially a miniature portable museum of the work of Marcel Duchamp. It consists of sixty-eight separate photographic reproductions and three-dimensional replicas of the artist’s most important works. Based on an idea Duchamp developed in 1936, the first boxes were assembled by Duchamp in 1941 and smuggled out of France during the Nazi occupation of that country. In an era of mass emigration and political terror, the idea of packing up all of one’s artworks in a suitcase would have seemed particularly practical.

Similar to a museum installation, each work has a label identifying its title, medium, date, and, in many cases, its owner. Here, Duchamp reflects on the very nature of art, self-consciously raising questions about authenticity, authorship, the aura of the unique object, and the authority of the museum as arbiter of taste and knowledge. Assembled in 1961, this copy of Box in a Valise is one of three hundred produced by Duchamp or his relatives between 1941 and 1971.