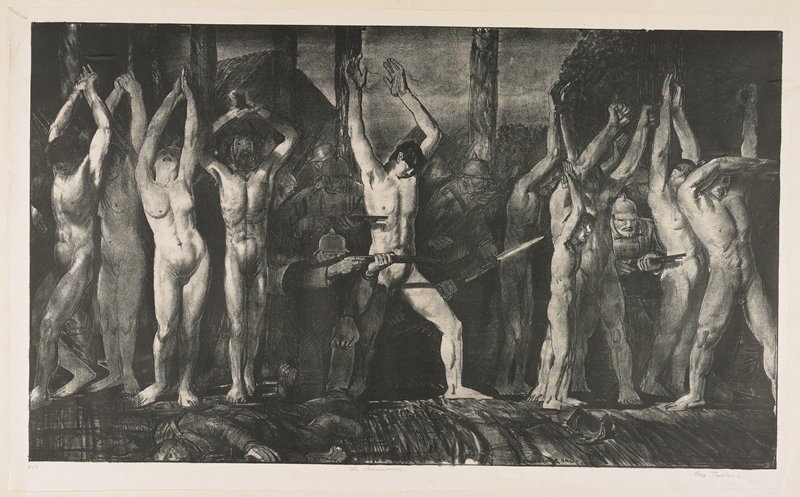 Along with many other Americans, George Bellows was outraged by published reports of German brutality toward civilian populations in occupied Belgium during the First World War (1914-18). Chief among these accounts was the Bryce Report, a British government sponsored effort to turn public and political opinion against Germany. The report's credible, but lurid eyewitness accounts of atrocities stirred anger and indignation that ultimately contributed to America's entry into the war in 1917.

In 1918, Bellows created a series of provocative lithographs detailing German war crimes described in Bryce's report. The prints reflect Bellow's changing attitude toward the war. Though fervently anti-war at the start of hostilities, Bellows openly supported the American war effort by the time he began his lithographic series and even enlisted to fight in the tank corps, but never served. The Barricade, No. 2 recounts one of the more gruesome episodes of degradation and violence instigated by German troops who used Belgian civilians as human barricades to suppress civil resistance.