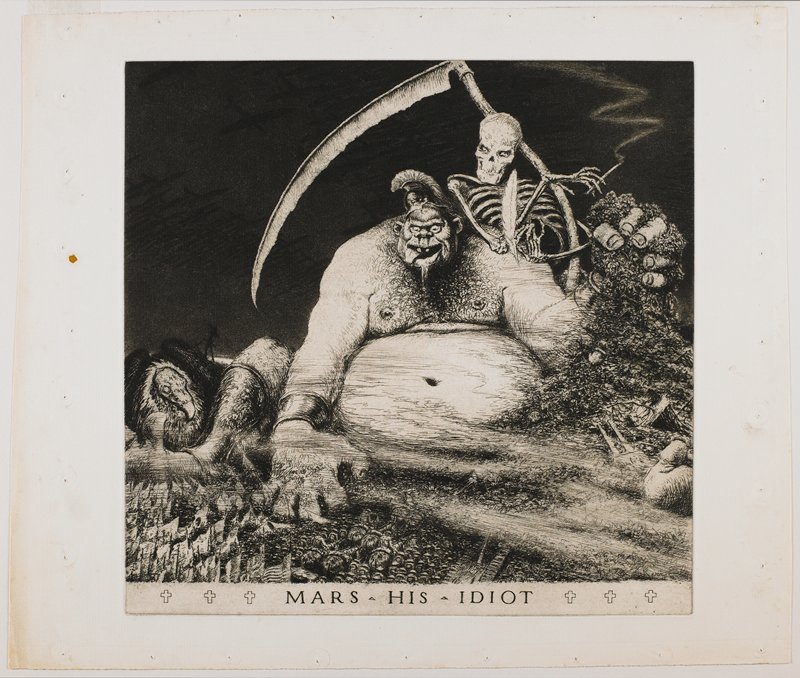 Gift of the Print and Drawing Council P.93.7

Kerr Eby served with the American army in France during the First World War (1914-18). His experiences on the frontlines convinced him of the absurdity of war and violence. In the years after the war's end, Eby produced a series of prints based largely on sketches he made during his military service. Some were documentary, others far darker in tone.

In 1935, fearing the imminent threat of a second European war, Eby wrote an emotional anti-war essay that appeared in a gallery catalogue for an exhibition of his war prints. In the last print of the series, issued in 1937, Eby portrays Mars, the Roman god of war, as a murderous and insatiable monster who devours soldiers and entire armies. The etching takes its title from a book of the same name by British writer Henry Major Tomlinson, a prominent anti-war advocate, and reflects Eby's grave concerns about the rising specter of war.

Image: No Copyright–United States. Gift of the Print and Drawing Council