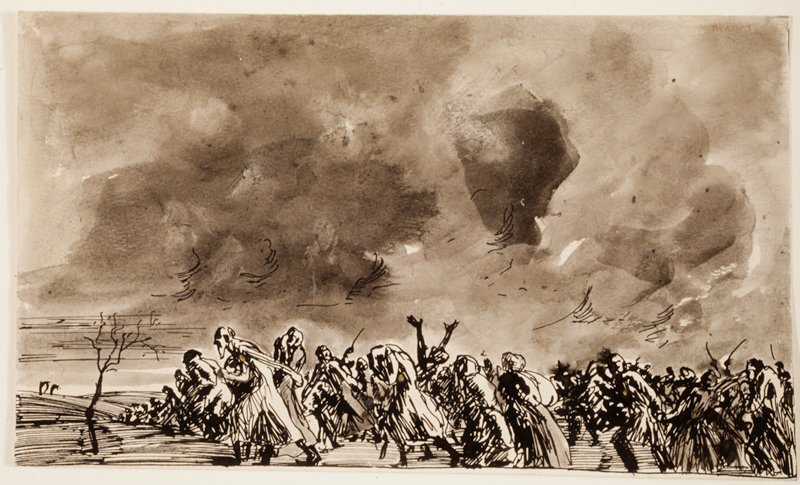 Pen and black ink and ink wash on paper

Georg Mayer-Marton served in as an artillery officer for the Austrian Army during the final two years of World War I (1914-18). His drawing of refugees on the move is a potent reminder of the consequences of armed conflict.