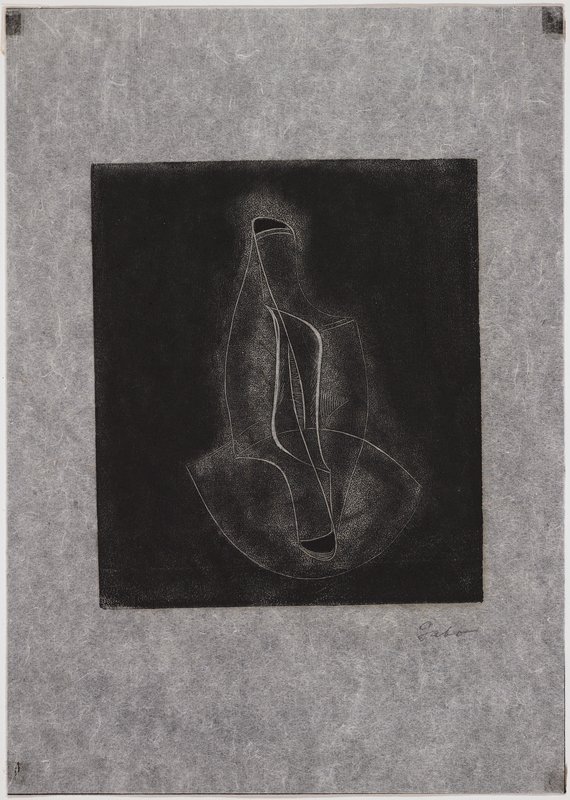 The Barbara S. Longfellow Fund for Works on Paper 2012.51

Russian born artist Naum Gabo was a leading exponent of modernist sculpture. About 1950, Gabo was ill and felt unable to bear the physical strain of fabricating his sculptures. In discussing the matter with his Connecticut neighbor William Ivins, founding curator of the Department of Prints at the Metropolitan Museum of Art, the two settled on printmaking as an outlet for Gabo’s undiminished creative energy. Gabo was, however, at a loss as to which printmaking technique might best suit his talent. Ivins, half jesting, suggested wood engraving, the outmoded technique that brings to mind 19th-century American weekly newspapers. Gabo took up the challenge and went on to completely reinvent the art of wood engraving.

Gabo underscored the abstract nature of his prints—their weightlessness—by referring to them as one would to music, each one a numbered "Opus.” His alternate name for the present print was “lyrebird.” This exotic Australian species is known for its spectacular, elegant tail feathers.

Image: In Copyright. The Barbara S. Longfellow Fund for Works on Paper