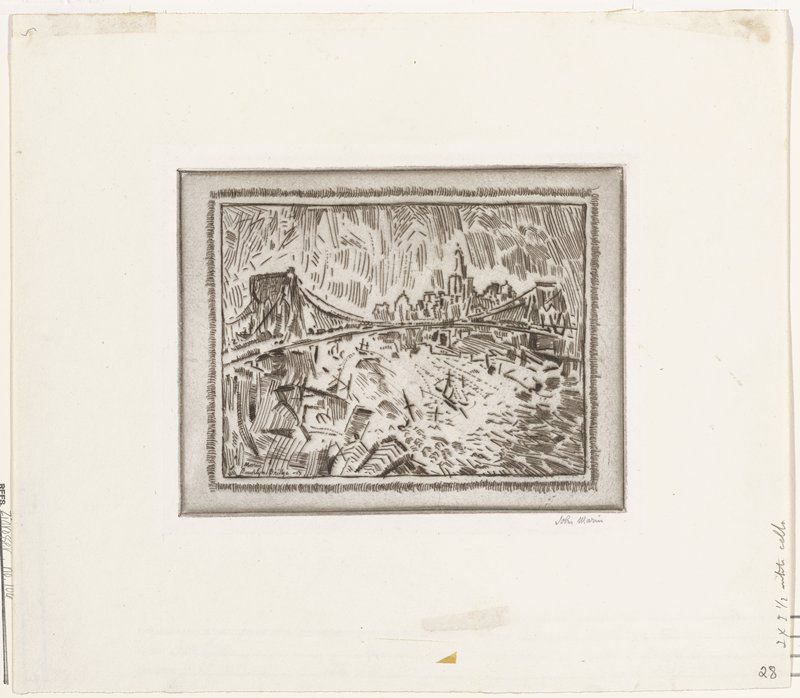 Etching and drypoint with plate tone

Trained as both an architect and an artist, John Marin made his first etchings in 1905, while studying in Paris. Though his early efforts were mainly romantic views of European cities and landmarks, Marin increasingly came under the influence of Cezanne and the Parisian avant-garde during his time there. Upon returning to America in 1911, he was captivated by the vitality and rhythm of the fast-changing New York metropolis, especially its many new skyscrapers. He created his first views of the Brooklyn Bridge and lower Manhattan that year, returning to the subject with this etching in 1913—the same year that the International Exhibition of Modern Art (Armory Show) opened in lower Manhattan and introduced modernism to many Americans.