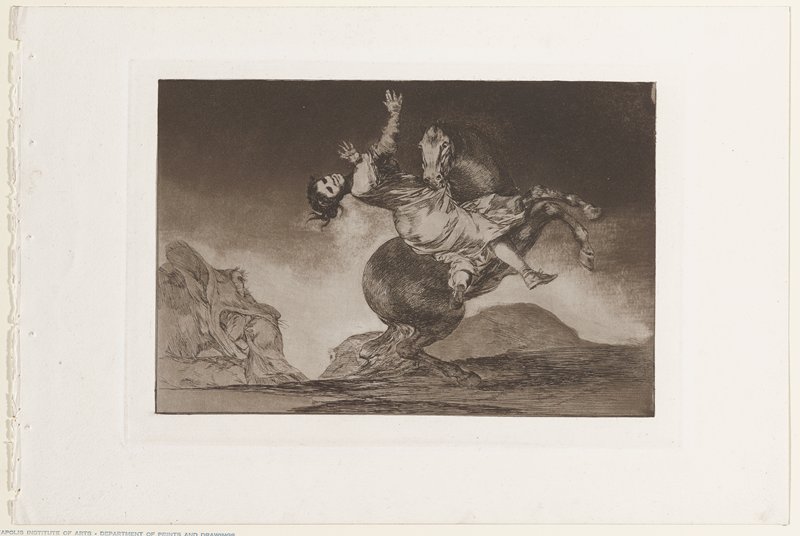 The evocative "Los Proverbios," originally called "Disparates," was executed near the end of Goya’s life and never published by the artist. Shrouded in aquatinted darkness, the images are enigmatic, dreamlike, and haunting, and resist easy explanation. The title Disparates, which can be loosely translated as “folly” or “absurdity,” is based on captions written by Goya on some early working proofs.

This disturbing image of a woman abducted by a horse was untitled at Goya’s death. When the series was published posthumously by the Royal Academy of San Fernando in Madrid, it acquired the new name Los Proverbios and attempts were made to link the images to traditional Spanish proverbs. One scholar associated this print with the Spanish proverb “A woman and a horse, let someone else master them” (La mujer y el potro, que los dome otro).