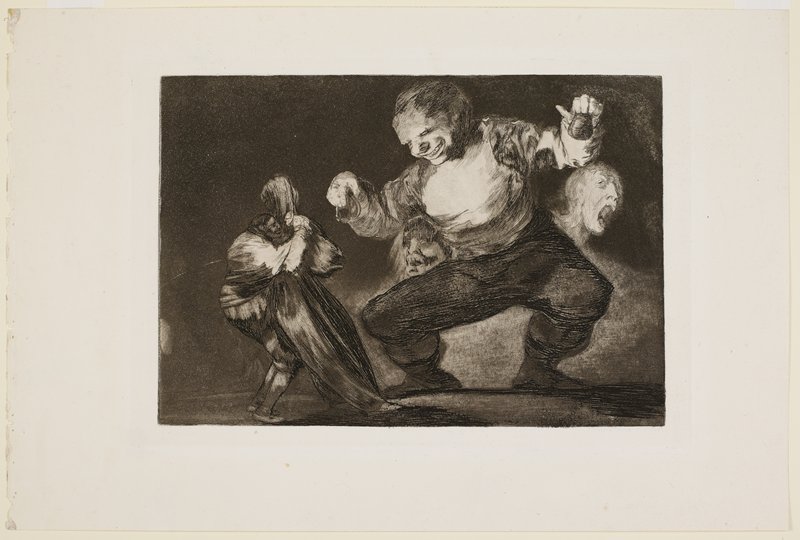 In this famous nightmarish scene, a childlike giant dances toward two smaller figures, a frightened man hiding behind a taller female figure. Clicking his castanets, the colossus smiles with spine-chilling delight as two shrieking demons emerge from the darkness behind him. Goya highlighted the figure’s demonic smile, large chest, and castanets by using stopping-out varnish to prevent the acid from biting these passages so that they appear white against the richly aquatinted plate. In a preparatory drawing, the small, frightened man is depicted as a monk or priest hiding behind what might be an image of the Virgin Mary. Goya altered this detail in the print to create more ambiguity.