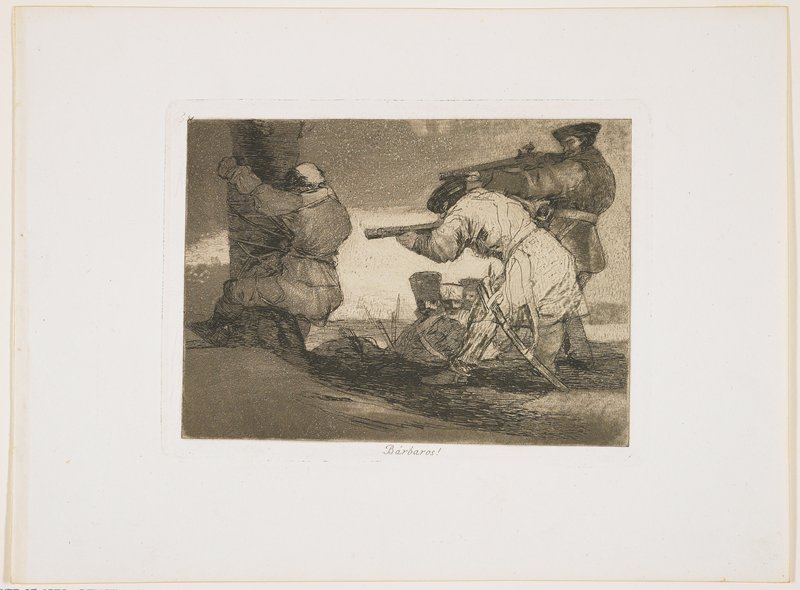 In 1808, Napoleon’s armies invaded Spain, ending the monarchy of Charles IV. Napoleon installed his brother Joseph Bonaparte on the Spanish throne, and the Madrid citizens revolted. Bloodshed, murder, rape, mass executions, and famine followed. The Disasters of War is Goya’s account of the travesties of war. Unlike artists in centuries past, Goya did not heroize the actors of warfare. Instead his series provided an eyewitness account of the unspeakable atrocities enacted in Spain’s struggle for independence. Here, in front of an audience of foreign soldiers, a Spanish civilian is bound to a tree and shot in the back.