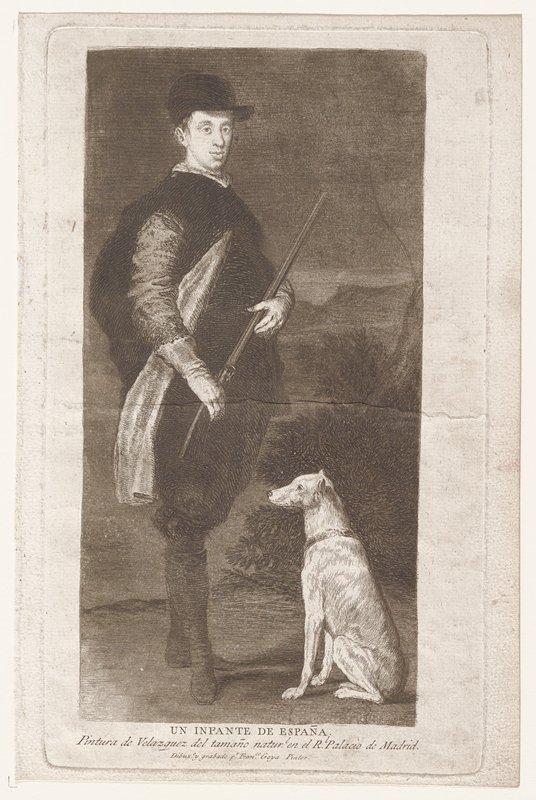 Francisco Goya is one of the most celebrated and innovative masters of aquatint in the history of art, but his early experiments with the novel technique were relatively modest. His first attempts, in 1778, reproduced paintings by Velázquez in the Spanish royal collection. To mimic the pictorial effects of the paintings, Goya tried adding aquatint to a few of his completed etchings—in some cases disfiguring and destroying the work in the process. Here he was somewhat successful. To clarify the composition, he burnished some aquatint passages in the sky to lighten the overwhelming blackness of the image.