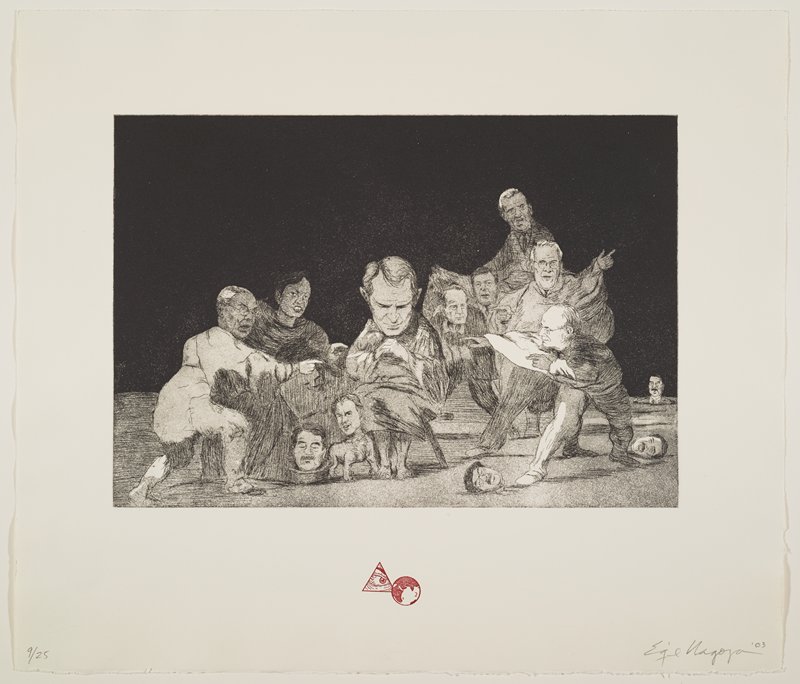 Enrique Chagoya is renowned for his biting political and social satire that exposes the foibles, shortcomings, and corruption of contemporary life. In this etching published in 2003, Chagoya critiques President George W. Bush and his inner circle of advisors during the American incursion in Iraq in the spring of that year. Chagoya’s print is based directly on an etching by Francisco Goya issued in 1864 as part of a series of satirical prints known as "Los disparates," which mocked the superstitions and follies of Spanish society. Like many of the etchings in Goya’s "Disparates" series, the precise meaning of this “folly” is uncertain, but is thought to illustrate the Spanish proverb, “He who does not like thee will defame thee in jest.” It may thus be a scene warning of intrigue and false friendships, updated by Chagoya to portray the Bush White House.

Image: In Copyright. Gift of funds from Barbara S. Longfellow