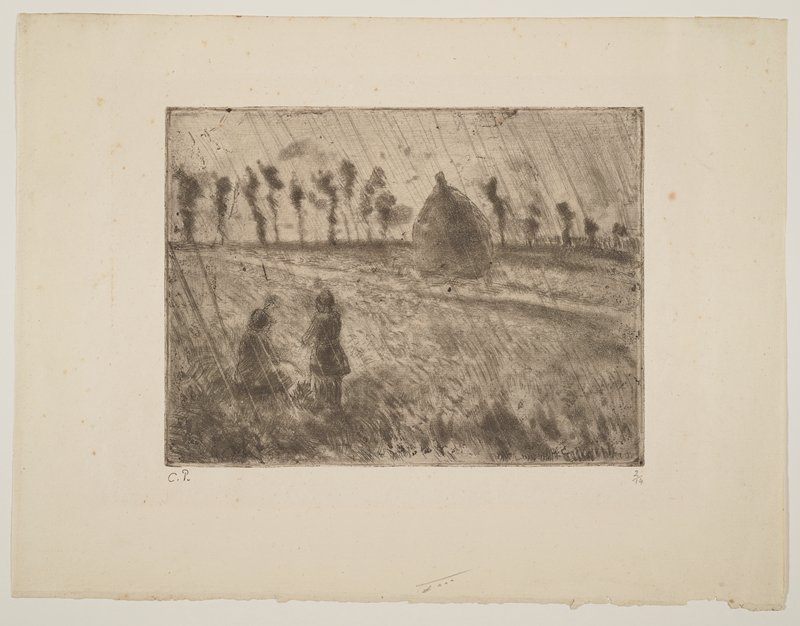 Camille Pissarro was a founding father of Impressionism. This image of two people out in the rain is typical of his interest in the experiences everyday life. The disarmingly modest subject belies the technical sophistication of the Pissarro’s development of the image. His initial conception of the scene was painted with a brush and bitten into the copper printing plate using the aquatint technique, resulting in a dreamy, foggy image—see Mia's trial proof impression taken at this early juncture (2008.9.1). He then scratched at the plate with his drypoint needle, adding compositional elements, such as the two people and the steaks of rain that give the image its name, eventually giving greater substance and definition to the forms.